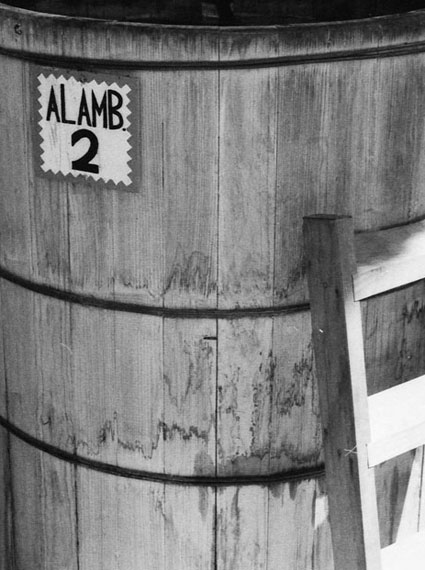 Prices are those listed by our Ukiah CA neighbor Caddell & Williams. At your local store, the price(s) may vary significantly, due to transportation costs, state excise taxes, and the pricing structure of the store and of the distributor.

The question we get asked most is, how do these mezcals differ from their name-protected mezcal cousins from Tequila? First, artisan mezcals are smoky because the agaves are not steamed in an autoclave (modern industrial tequila production), or roasted in an enclosed oven (like many small-production tequilas), but roasted in an in-ground fire-pit above a live wood fire. Los Nahuales uses mesquite, so the smoky flavor is pronounced, especially in the joven/blanco. Second, artisan mezcal producers distill the agave solids along with the fermented agave juice, whereas tequila producers filter the solids out and distill liquids only. For this reason, artisan mezcals embody more of the vegetal components of the agave, thus are noticeably more complex and, to our taste, richer.

The Los Nahuales mezcals are unusually well-made: clean and soft, with a lot of flavor. The reposado and the añejo have beautiful oak overtones from their French Nevers oak barrels.

LOS NAHUALES Blanco (joven): No blanco tequila can stand up to it: finest blanco mezcal in bottle. Carefully seleceted espadín agaves from all over the Oaxacan valley, pit-oven roasted, stone milled, fermented in pine vats & distilled by Karina Abad and Joel Antonio. Technical improvements in method result in a mezcal that is full, rich, balanced, and lightly fruity, with a hint of agave sweetness. Light mesquite smokiness from the roasting oven. 47% abv $62

LOS NAHUALES Blanco from Sierra Negra: single-batch release distilled from a sub-variety of the agave Americana noted for its suavity. Rich flavor. 48% abv $115

LOS NAHUALES Reposado: six to nine months in French Nevers and American oak. The oak is subtle but utterly transforms the mezcal into an unusually elegant and subtle distilled spirit that rivals great malt whiskies. Brilliant, well-structured, and complex. 47% abv $74

LOS NAHUALES Método Antiguo: made the authentic pre-Norma way by using tails from the first distillation run, instead of water, to descend the mezcal to bottling proof. The tails add a lovely flowery complexity. Good stuff 47.8% abv $72

LOS NAHUALES special edition no. 4: One of the finest mezcals ever distilled, a single batch of espadín (agave angustifolia) from March, 2013. The extraordinary quality of the batch was recognised when it came from the still, and it was matured in glass for five years, deepening and stabilizing its rich complexity. 770 bottles: Scarce. 49% abv $105