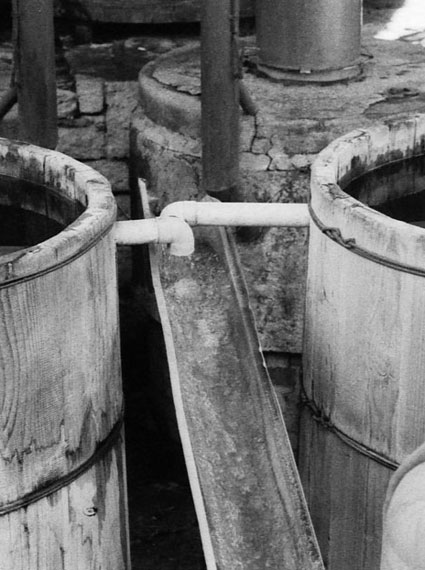 Los Nahuales is produced entirely by hand, using authentic artisan methods. Following harvest, fully mature agaves are delivered to the distillery in lots of approximately 14000 lbs (some 90 agaves). They are weighed one by one, cut into smaller pieces, and roasted in a below-ground fire pit using mesquite for fuel. After three days of roasting, the agaves are crushed and juiced using a traditional Egyptian stone mill. The milled solids and the juice are transferred to open-top 300-gallon wooden fermentation vats. Fermentation by natural yeast takes one to two weeks. The fermented juices and solids are then distilled twice in small copper pot stills The 14000 lbs of agaves end up – about a month later – as some 900-1000 750ml bottles.

Bottling proof is normally around 44% abv. The joven/blanco is released almost immediately. Aging is in French Nevers oak casks: the reposado for 9-12 months; the very limited (we get 360 bottles a year) añejo for 18-24 months.