A web journal about craft methods of distillation
Editors: Will Hodges & Ansley Coale 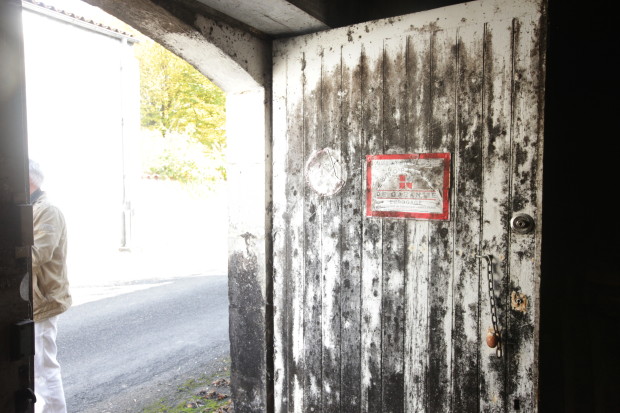 Ansley at the door to a Maison Surrenne cellar. The black stuff is a local mold, Baudoinia Compniacensis, that grows on the evaporating fumes from barrels of cognac. Below our cellar at the ranch had it after a few years, probably from the old cognac barrels we were using. 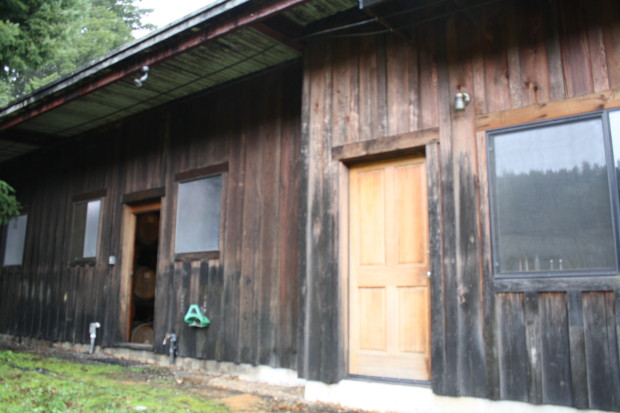 If you want to know who we are, right now, look at this. I’ve given a lot of tours to journalists: Kelli White’s sense of the right questions to ask was unique. Her article, posted in Antonio Galloni’s Vinous, is spot on. Nice to have it in such a well-regarded venue.

It’s what we can’t say ourselves straight out. Hubert and I took the finest of artisan cognac methods and improved on them: better grapes, better control of crush and fermentation. Too bad she came before we bottled for the Barrel 154 Chenin, which is the finest single spirit I have ever encountered. Her reviews are the deepest reviews we’ve ever had. She nails our brandies’ DNA. 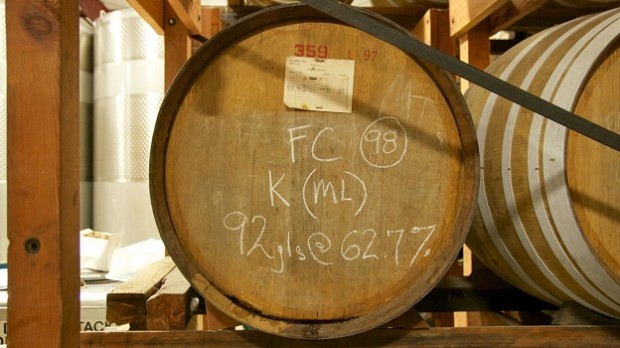 “Decoding Germain-Robin: the markings on this barrel ‘FC(98) K(ML)’ indicate that the contents are 1998 French Colombard from the Kiefer Vineyard that went through malolactic fermentation.” –Kelly White

I started making experimental batches of whiskey in 1992, a small experiment. In 2008 a dear friend asked if I would explain distillation. He makes lots of homemade beer, so I asked, “what are you making beer from today?” “A malt extract of Bavarian wheat” was the answer, so that weekend we did the mash and, a few weeks later, distilled it in a tiny still. The spirit that emerged was remarkable and fine. I brought it to Ansley Coale and told him I planned to make whiskey!

This is a blend of 4 and 5 year old wheat whiskies, made in 2010 and 2011, the first that my son Devin and I made for the Low Gap label. As our first serious production, it took much blood, sweat, tears, but it also won Artisan Whiskey of the Year from Malt Advocate when we bottled some of it as clear whiskey. This release was aged in new and used bourbon barrels, used Cognac barrels, and used port barrels. The flavor profile is dense and very complex and (at 45.5% ABV) lends itself well to cocktails.

This whiskey is my favorite in a whiskey and soda, and also on the rocks. For maximum enjoyment, I recommend sipping slowly. 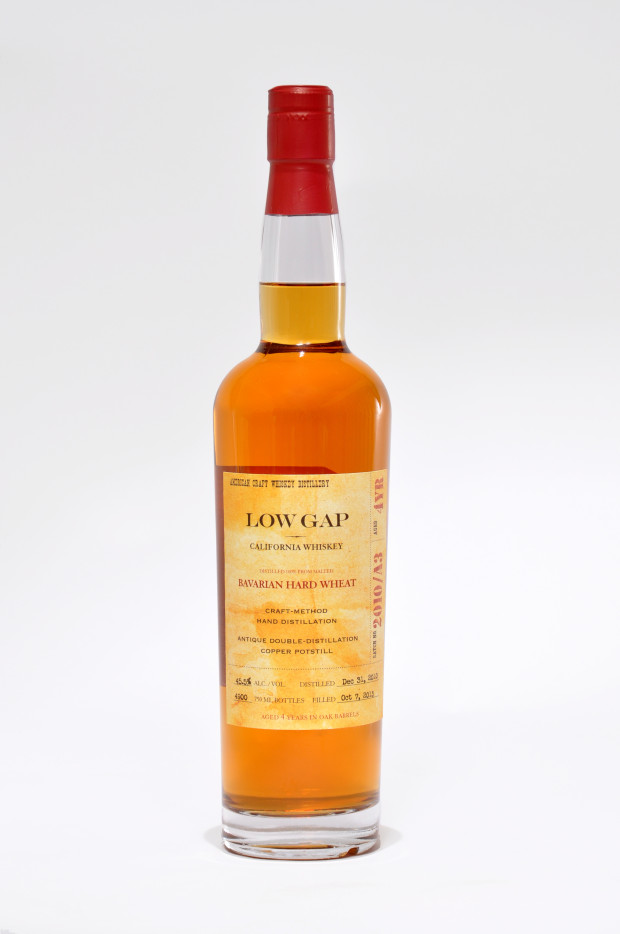