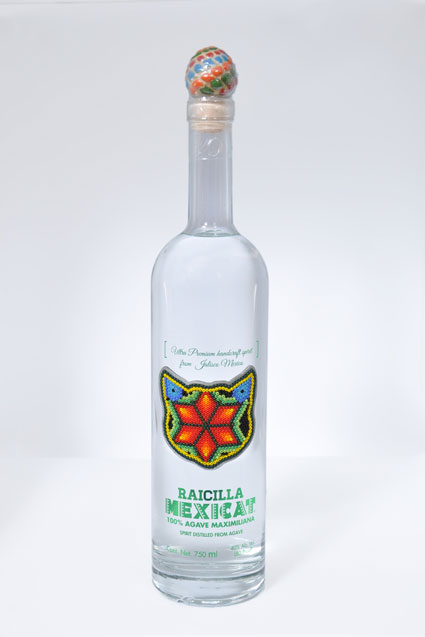 Each bottle’s cat mask is an individual Huichol artistic creation.

Alvarez believes roasting the agaves in clay ovens creates a spirit that is more pure, a spirit in which the flavors and aromas of the ingredients are not obscured by wood smoke or by the earth that is used to cover a palenque (pit-oven).

The Maximiliana yields a complex raicilla with body and strong character. Because of the clay oven, the flavors and aromas are more true to the agave: citric, fruity, vegetal, and surprisingly gentle. This is first-class product, true to its ancestry.

MEXICAT Raicilla Sierra Every bottle has an individual hand-made huichol bead mask; people collect them. From Mascota in the Sierra Madre Occidental, double-distilled in copper at the destilería of 4th-generation José and Benito Salceda, agronomist brothers and raicilla pioneers deeply engaged in a large sustainability project cultivating agave Maximiliana (called lechuguilla). Flavorful and soft. Double distillation tends to show a smoother side of raicilla, and the 40% abv nicely balances the intensity of the wild Maximiliana. 40% abv.  $60

MEXICAT Destilado de Agave Ancestral The very rare Agave Salmiana Crassispina distilled in a clay Filipino still by Maria de la Luz Martinez Ramos in remote Mexquital, San Luis Potosí. The oldest methods we have encountered, squeezing the crushed agaves in a hammock, then fermenting with a pulque yeast. This is as indigenous a spirit as exists, and the most profound agave spirit we have encountered. In a ceramic bottle that we cannot ship because of the risk of its getting broken: we’ll have to empty the spirit into a glass 750ml bottle and ship both to you. Call Kristie Meyer 707 468-7899 to order. DO NOT MISS THIS. 48% abv.  $180

MEXICAT Sotol Artesanal   Dasylirion Wheeleri from 4th and 5th generation distillers Norma & Bienvenido Fernandez, using artisanal methods in Madera at 6500 feet in the mountains of Western Chihuahua. Smoky, earthy, but very clean; fruity and intense; long finish: best sotol we have tasted. The Nahuatl word from which sotol derives is tzotollin, a small palm tree. There is a local belief that it means sweetness in the head, and that’s certainly what this sotol is. 42% abv.  $66

In depth Raicilla stuff from Ansley 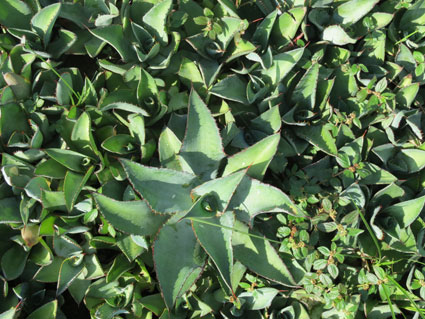 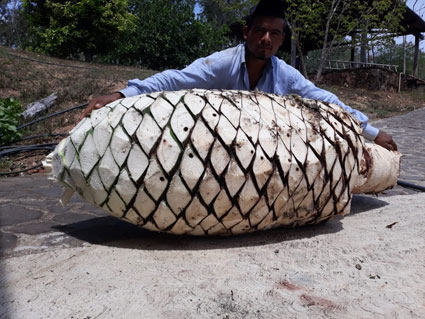