Low Gap Bourbon, released today, is the pinnacle of our whiskey production. I am pleased with my bourbon’s first showing. The Bourbon was inspired by my maternal Grandfather, Ted Ultsch, a devout bourbon man. I brought him a bottle of Germain-Robin in 1991 and he sent it back to me unopened, saying he drinks ONLY bourbon! He lived to be 94, passing away peacefully while napping right after winning $500 playing craps in Reno.

I made my first whiskey at home in 1992 when I got ahold of a 5-gallon bucket of the same barley malt used to make Red Tail Ale.

When I made the prototype of the Malted Wheat Whiskey in 2008 at Greenway Distillers, I knew then the possibilities for making the best whiskey ever. In 2010, we started making whiskey in earnest, but I waited to make bourbon until I was fully confident about the whole production process.

The nose is full, with butter, vanilla, sweet corn, and oak. At 43.2% ABV the bourbon is approachable and smooth. Extremely likeable and friendly, this whiskey is both something to keep and something to share.

The bourbon’s mash bill includes 65% corn, 20% malted barley, and 15% malted rye. Complete fermentation to dryness, and double distillation in an old Cognac still, lend this whiskey its best qualities. A straight bourbon, it has been aged for two years in new bourbon barrels. 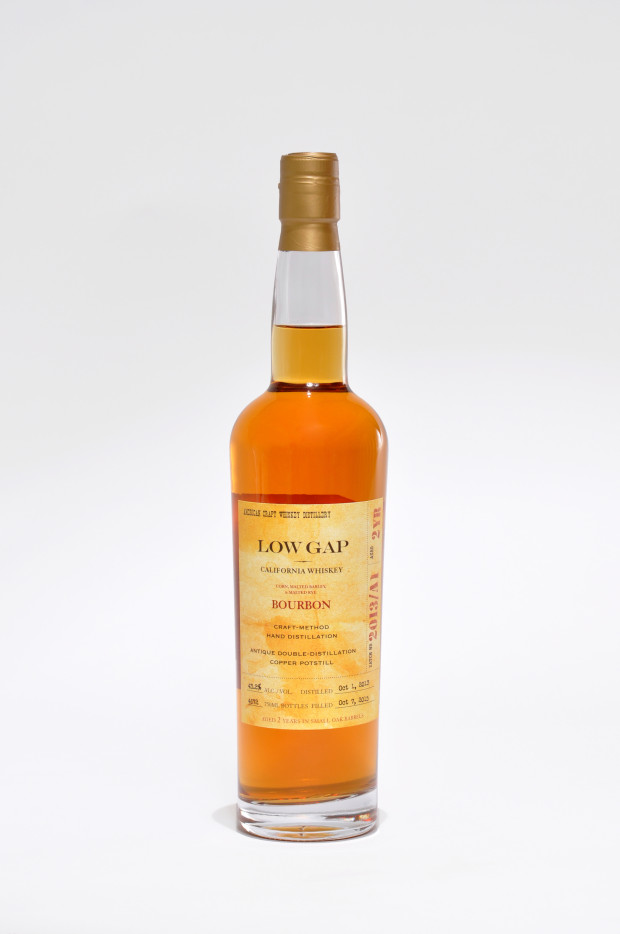